Bordeaux is designed to make installing some of the most popular Windows applications on Linux less of a hassle when using Wine.

Bordeaux is an addon to the Wine project and uses Dan Kegel’s Winetricks script as the backend processor. Unlike Wine which is free, a Bordeaux license costs $20.00.

Work has now started to make Bordeaux work on FreeBSD 7.0 as well (already working on Linux).

Over the last couple day’s I have been working on the Bordeaux for FreeBSD 7 port. We now have everything compiling and running but a lot more testing needs to be done before it’s ready for a final release. Internet Explorer, Steam and Office 2003 are the only applications I’ve gotten around to testing thus far. The good news is everything that I have tested works fairly well on FreeBSD.

If you’re a FreeBSD user and need to run any of the software that we currently support on the Linux client you might be interested in helping beta test this build and future builds up to the final stable release. At this time we can’t give out beta builds, but what we can do is if you purchase a license from the store for a Linux build then send a mail to support. This email is provided once you purchase a licence, and ask for a FreeBSD build I can send it to you. 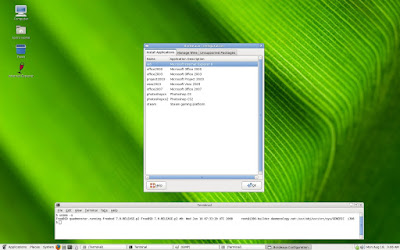